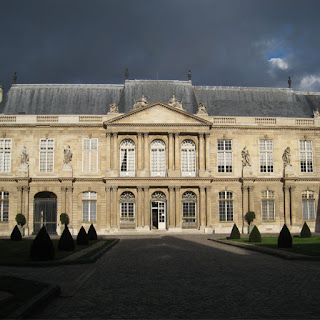 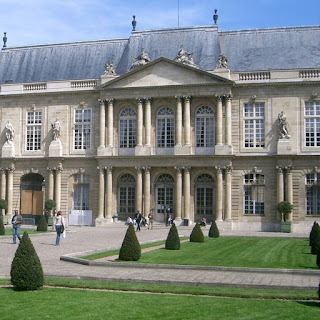 The Hôtel de Soubise is a lavish, magnificent 18th century mansion in Paris. It’s a celebrated image of the 18th century high art, architecture, and taste, representing the glory and rank in which its residents lived. The term Hôtel, or better Hôtel particulier, is an urban “private house” or a grand, or structure of a mansion like appearance. This townhouse has its origins in the 14th century, original a structure belonging to the knights templar, which was then bought and built into a semi-fortified manor house, named Grand-Chantier. The Grand-Chantier was built in 1375, by Olivier de Clisson. It later fell into the hands of the Duc de Guise, and was renamed Hôtel de Guise. It continued to be the Paris residence of the Ducs de Guise until 1675, when the heir to the Guise line, Marie de Lorraine inherited it. After her death, she left her trustee’s to maintain the house, and by 1700, it was sold to François, Prince of Soubise. 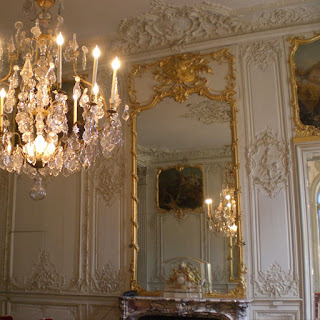 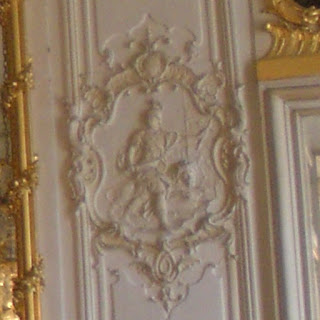 The new owners François, Prince of Soubise, and his wife Anne de Rohan-Chabot Princesse de Soubise, were from a lavish background, their family name going back centuries. The Rohans were one of the most established nobles, always part of court, important, and vastly wealthy. Anne served at the court of Versailles, a possible mistress of the sun king, Louis XIV, and lady in waiting to Queen Marie Thérèse. With her supposed affair with the king...and a son born in 1674…who looked incredibly similar to the king, the Prince de Soubise income rose quickly. (Rumors said Anne’s love to the king, and then the King’s gifts to her husband, lead to the buying and the construction of the new Hôtel). The son of François and Anne, Hercule Mériadec, Prince of Soubise, upgraded the interiors of the hotel. The Hôtel de Soubise developed as a hot spot in Paris, popular for its events, and its stunning interiors. Interiors done by Germain Boffrand, were acclaimed to be some of the highest points of Rococo style and fashion! 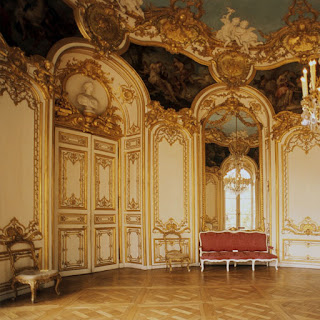 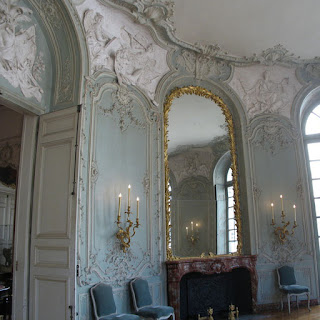 The most amazing thing about Soubise is, unlike many other townhouses and country homes, Soubise remained intact as it was created in the 18th century! We are blessed it remains untouched, giving us some of the most splendid views of Rococo Art and Architecture in 18th century France.  During the Revolution, the Rohans, (because of their high rank, and attachment to the court, lost many members of their house to the guillotine) were forced to flee France, fleeing to Austria where they lived ever since. By a Napoleonic decree of 1808, this residence has become the property of the State. Nowadays it hosts the Musée de l'Histoire de France (Museum of French History) and a part of the French National Archives. 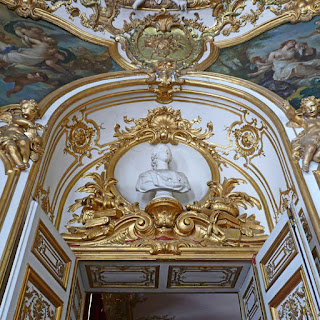 The Interiors are by Germain Boffrand, who created them around 1735-1740. The Building itself is built in a typical Parisian Hotel style, the building was built opening into an inner courtyard and garden, surrounded by wings and a gate to onside. The building, classically imposing on the outside was every bit rococo and playful on the inside, figures covered in gold and silver dancing around the rooms, the finest boiserie lining the walls with the richest damask available, covering other walls. The painters inside are among the highest, most respect in the whole 18th century era, François Boucher, Charles-Joseph Natoire, and Carle Van Loo. 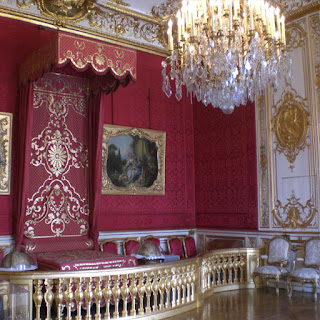 Adrian Ch.
I’m a person of much interest, but to slim it down, I love Art, Architecture, History, Pomp and Splendor. Some of my favorite Art and history dates from the 16th to the early 19th Century. Being of Indian Heritage, and being born into a western world, I enjoy the best of both worlds, the culture makes Europe and America, and the cultures that make India, and the Middle East.